When you’re in a circumstance where life seems problematic or your hectic schedule is wreaking havoc on your wellbeing, take a step back and assess whether you’re living the life you’ve always wanted to live.

There are many things you can do to alleviate your problems, such as exercising and meditating. However, taking kratom is an unusual and new way to improve one’s quality of life. There are many ways to consume kratoms, such as capsules, tablets, gum, tinctures, and extracts. Kratom leaves are sometimes ingested fresh or dried or boiled and served as tea.

Dried leaves can also be crush into a powder and taken orally. Although it is less common, Kratom can be smoked or vaporized. How kratom is consumed may have an impact on its effects. No research has been conducted to determine which procedure is advantageous in the treatment of depression and anxiety.

Read further to provide you with some relevant information to learn more about kratom and its various strains.

Kratom is a botanical substance derived from the plant Mitragyna speciosa, native to Thailand and other Southeast Asian countries. The leaves of kratom trees are frequently sun-dried and crushed into a perfect powder that can be utilized alone or in capsule form.

The final kratom powder will have different biological and behavioral properties relying on how the kratom tree is cultivated and when its leaves are collected. These features define the “strain” of kratom, which is typically recognized by a color and a location of origin.

Knowing which kratom strains exist and how they function is essential for selecting the optimal kratom strain for you.

What is Kratom’s Right Dosage?

There is little information available regarding kratom dose instructions for depression and anxiety. In principle, the suggested dosage is determined by your age, gender, and health condition. Other variables, like the manner of administration and strain, may also impact the effects of kratom.

It is advised to begin with a modest dosage and progressively increase the quantity once you get the desired result. The effects of kratom lasted around two hours at low to moderate dosages. The effects of larger dosages may continue up to five hours.

Types of Kratom Strains & Their Effects

Many kratom fans believe Maeng Da, commonly known as MD, to be one of the most prominent and potent strains. However, the details of its origin remain unclear. Maeng indicates pimp or pimp grade in Thai, which has some bad connotations for local people. Some merchants promote Maeng da as the ancient origin, which has its origins in a marketing scheme.

Maeng da pertains to many distinct kinds of kratom that are said to be robust and long-lasting. Maeng da originated in Thailand, although strains from Indonesia and Malaysia are now accessible. Maeng da is available in green, red, or white. It is said to function as a stimulant, boosting energy while also generating emotions of well-being and decreasing discomfort. By taking maeng da, some individuals report feeling cheerful.

The name “Indo Kratom” refers to a specific type of the mitragyna speciosa plant, which grows natively in various areas of South East Asia. It was developed in Indonesia.

Indonesia was created by a series of volcanic eruptions, which left Indonesian soil having a heavy acid level. Growing kratom in this soil typically ends in a premium harvest with relatively high alkaloid levels. Indo kratom is highly regarded in the kratom industry, with Reddit and other online websites hailing it as a favorite strain.

Indo kratom is derived from Indonesia. It is available in green, red, or white. Although certain kinds of Indo kratom may have moderate energetic effects, it is generally thought to be less stimulating than other strains. Indo strains are renowned for boosting emotions of well-being, inducing relaxation, and reducing pain. They are believed to alleviate anxiety.

Bali kratom is indigenous to Indonesia. It has a reddish hue and is said to offer excellent pain relief. Consumers describe it as the most “opioid-like” of all kratom strains. It may aid in the treatment of pain-related disorders such as anxiety or severe pain.

Because of its soothing properties, red vein kratom is perhaps the most famous strain among its consumers compared to green and white veins. They are an excellent option for anybody looking to rest their body or experience a soothing feeling throughout the day.

Although red vein kratom strains are not as light as white and green kratom strains, they are powerful pain relievers that calm the body quickly and in a more natural manner. People who suffer from sleeplessness are more likely to use this kratom. This kratom contains everything that may help the user’s general development and wellness, allowing them to live a pain-free life.

Malaysia is the source of green Malay kratom. It has a dark green hue to it. It is said to offer energy, concentration, and pain relief when taken in small amounts. Higher dosages may have a more significant sedative impact on the user than lower ones. It is believed to be beneficial in the treatment of anxiety.

It’s much more efficient and long-lasting than other methods. Another advantage of Green Malay is that it is quick-acting compared to certain other slower-acting strains. There are a plethora of advantages to using this natural medicine. Green Malay can be used as an analgesic, focus enhancer, euphoria inducer, and many more.

Borneo is home to a few of the most challenging landscapes on the planet. It is among the most prominent kratom industries in the world.  The climate, along with the island’s rich wildlife, creates ideal growth conditions for red Borneo kratom, white Borneo kratom, yellow Borneo kratom, and green Borneo kratom.

Borneo kratom is derived from the island of Borneo. It’s available with red, green, or white veins. Borneo kratom is said to have a more significant sedating benefit than other strains. Borneo Kratom may treat anxiety and stress.

Malaysia’s deep, lush woods are home to a range of indigenous Mitragyna speciosa strains that have flourished naturally there for thousands of years. Malaysia has been a worldwide hub for kratom production and export because of its tropical and humid environment and the locals’ continuing usage of the kratom tree.

Traditionally a Southeast Asian plant, the alkaloid-rich kratom tree only recently became recognized in the Western world because of the botanist named Dutch botanist Pieter Willem Korthals. Malay kratom is now regularly cultivated and exported all over the globe.

Malaysian strains of kratom, such as green, red, and white vein kratom, are believed to offer a mix of stimulating and sedative effects. Consumers experience improved energy and concentration, as well as mood boosts and pain alleviation. 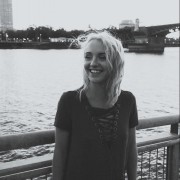 Jess Torres, a blogger and self-proclaimed lover of food, is the woman behind Get Life 24/7. When not writing, she enjoys exercising and exploring the outdoors with her dogs.

How to Prepare and Store A Baby Formula

How Does Professional Teeth Whitening Work?

The Difference Between CNA & LPN